The great thing about buying a mid-range CPU is that it is a perfect pick whether you want the best gaming performance or want to get other professional tasks done quickly.

Surely, the Ryzen 7600X is currently the second fastest gaming and productivity CPU under $300 and probably the best one after the price drop to $250.

Being an overclockable chip, users can achieve better numbers in games and applications but this needs you to have a motherboard that is really good at its VRM. This is, however, the first step to choosing a motherboard and you also need to take a look at several other factors.

This post explains how to find the best motherboard for the 7600X followed by our recommendations. 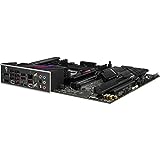 Recommendations Depend On Several Factors

Currently, we have two chipsets mainly the X670 and B650 with additional two “E” chipsets that allow some more benefits. While the Extreme technology was meant to allow the next level of overclocking, in reality, the significant difference is somewhere else.

If you choose the E chipsets whether it is the X670E or the B650E, they will always be more expensive than the non-E chipset motherboards because the Extreme chipsets provide a lot more PCI-E 5.0 lanes from the CPU.

We also have some downgrades on the number of SuperSpeed USB and SATA ports on the B650 and B650E chipsets but the overclocking potential, onboard features, aesthetics, headers, and other stuff remain similar to the X670/X670E chipsets.

B650 and B650E chipsets are also lower in cost than the X670 and X670E motherboards. So, you should consider your requirements carefully before buying any of our recommended boards.

If you have a budget of less than $250, there isn’t an any better option than the B650 Aorus Elite AX. This motherboard is a full package without being very expensive.

Featuring a decent 14+2 power phase VRM with each phase supporting 70A of current, it is capable of allowing an intermediate level of overclocking. As many Ryzen 7600X users are going to overclock because of obvious reasons, you need a reliable VRM which this motherboard doesn’t lack. However, going to extremes is not recommended.

The onboard features are also decent that provide you with a reset button, several types of RGB and fan headers, and 3x M.2 connectors for NVME SSDs. Unfortunately, no Debug LEDs are present.

Coming next is the high-end B650 chipset motherboard from MSI. This is the MPG B650 Carbon Wifi and features some serious specs for enthusiast users. The VRM, connectivity, RAM support, onboard features, and cooling capability, all are perfect.

It supports up to 6600MHz of DDR5 memories, 2x PCI-E x16 slots for GPUs, and 1x PCI-E x1 slot for expansion cards. You get Wifi 6E pre-included and a rich I/O with 9x USB ports and a single Type C port for your peripherals. There are both BIOS Flash and Clear CMOS buttons as well that you can use for upgrading or resetting the BIOS to the default settings.

The VRM is top-notch with 16+2+1 power phases where the Vcore phases support 80A of current each. This gives you the power to take the clock speeds to a few hundred MHz easily at stable clock speeds. Cooling is also ideal with those large heatsinks that use a copper heat pipe underneath.

Storage support is also excellent with 6x SATA and 4x M.2 ports and the onboard options include 4x EZ Debug LEDs and a single EZ LED control switch that come in handy in troubleshooting.

Of course, you are not getting the PCI-E 5.0 lanes from the CPU but as I said earlier, right now we don’t have any GPU that utilizes that much bandwidth.

One of the cheapest yet the best budget X670E motherboard is from ASRock which is mind-blowing for the number of features it brings to the table for $300. Steel Legend motherboards are the most popular ones from ASRock in every category and platform as they are a complete package of performance without being too expensive.

The X670E Steel Legend gives you 20x PCI-E 5.0 lanes directly from the CPU for your primary PCI-E x16 and M.2 connector. Although not currently useful, in the near future, we will see graphics cards taking benefit from the superior bandwidth of PCI-E 5.0 lanes.

This board features a solid 16+2+1 power phase VRM with each phase featuring 60A SPS and enlarged heatsink armor for continuous cooling. The board looks fantastic with the white heatsinks and gray accents and also features ARGB lighting at the edge and below the M.2/Chipset shields.

You will get 4x M.2 connectors where the primary one being the Blazing M.2 socket that supports up to 128Gb/s mode. Unfortunately, only 4x SATA ports are available instead of 6 or 8 but I believe we are in a time when M.2 SSDs are becoming more common for storage than SATA drives.

It is also great to see that it comes with a Wifi 6E and Debug LEDs for troubleshooting.

At price of $349, the ROG Strix B650E-E is one of my favorite motherboards for Ryzen 7000 CPUs. This board is going to meet almost all of your demands without putting you behind in any area.

Featuring 16+2 power phase VRM with each phase for Vcore supporting up to 70A of current, you can expect it to be much more stable than most B650 motherboards. Asus motherboards also have fantastic BIOS and ease of customization and overclocking with the Asus AI Suite software.

You will be getting dual PCI-E x16 5.0 slots for providing double bandwidth and a single PCI-E x16 4.0 slot that supports X4 mode which will be useful for M.2 expansion card. The board comes with plenty of additional features on both the PCB and I/O including a Q-LED code reader, BIOS Flashback button, Clearn CMOS button, and multiple RGB and ARGB headers.

The board is also excellent in providing sufficient headers for cooling like three different types of AIO and CPU fan headers and 5x 4-pin fan headers for PWM fans. Lastly, for connectivity, you can use the blazing fast Wifi 6E and a 2.5G Intel LAN port for internet, and up to 11x USB ports including both Type-A and Type-C with bandwidth as high as 20Gbps.

If you want the ultimate performance in overclocking along with all the high-end features, consider going with the B650E Aorus Master. This board is the definition of a beast that blows away every other motherboard for its price.

For $350, this is even better than the ROG Strix B650E-E in many areas. Power delivery is perhaps its main selling point and is the best you can get on a B650 chipset motherboard. There are a whopping 16+2+2 power phases with 16 VCore phases rated at 105A each, 2 SOC phases for APUs rated at 90A each, and 2 misc phases for better stability rated at 90A each.

You can keep your processor at or above the maximum turbo boost clock without breaking a sweat considering that you are using a premium cooling solution for the 7600X. As this CPU can go very hot, it’s necessary to have both great VRM and an effective CPU cooler.

Aside from its powerful VRM, the board comes with tons of USB ports at the I/O. Perhaps the highest number of USB ports for peripheral connectivity and an AMD Wifi 6E adapter for wireless internet connection with blazing fast speeds.

There are 4x M.2 connectors and 4x SATA ports for storage which is not the best you can get but definitely sufficient for most users and 3x PCI-E x16 slots for GPUs and M.2 adapters. Q-LED error code reader is also present for troubleshooting and important functions for BIOS update and BIOS resetting are also at easy reach.

Choosing a motherboard for the Ryzen 7600X can be pretty challenging considering that we have four different chipsets each having its own benefits and limitations. After carefully researching, analyzing, and comparing almost all motherboards for their respective prices, I believe these five boards are the best options to go with.

All Ubisoft Upcoming Games 2023 And Beyond