Choosing a motherboard for an Intel processor has never been as difficult as it is right now. It’s not that there are insufficient motherboards but that the options are so many, it is so much time-consuming and confusing at the same time.

However, if you can keep a few things in mind before buying a motherboard, it is going to be much easier. In this post, we are looking at the top motherboards you can buy for the Intel Core i5 13600K CPU which is currently the best gaming CPU for $300.

Being a beast and the best for its price, it’s obvious that most enthusiast gamers will try to get the 13600K and would want to maximize its potential for both gaming and productivity.

Consider all the factors explained below before reaching a conclusion. By the end of this post, you should be able to filter down the options and get the best motherboard for your build. 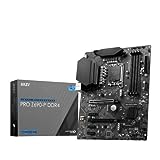 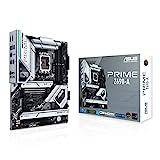 Recommendations Depend On Prices

While a lot of factors go into our recommendation PC parts guides, the most important one is the Price. If I were to ask you what would be the best GPU for i5 13600K? You would probably say something like an RTX 3070 Ti or an RX 6800 XT but what if the RTX 3070 Ti cost $200 more while its performance is equivalent to the 6800 XT? You would surely go with the 6800 XT.

Secondly, the 13600K is not the highest-end CPU we have in the Raptor Lake series. Although it features a good 14 cores but the most active ones i.e., the Performance cores are only 6. It, therefore, runs somewhat cooler than the i7 13700K and the i9 13900K and that’s why you will be good to go with most CPU coolers that cost around $100.

The next important factor currently is the chipset. Core i5 13600K can be overclocked only on either Z690 or a Z790 motherboard. Currently, the Z790 motherboards are costlier than the Z690 boards and don’t offer a deal-breaker overclocking capability over the latter. Therefore, you will be better off with a Z690 motherboard if the features are somewhat equivalent to a pricier Z790 motherboard.

Lastly, the onboard features, slots/ports/headers count, compatibility, bandwidth, and PCI-E lanes on the Z790 are only marginally better with many features being almost equivalent to the Z690 chipset. For most users, this marginal improvement won’t matter a lot unless they want to build a super high-end build with top-of-the-line components.

DDR4 vs DDR5 Editions: Which One To Choose?

DDR4 memories are almost half the price of DDR5 memories, and this also impacts indirectly the DDR5 edition motherboards. DDR5 motherboards are more expensive than DDR4 motherboards but this does affect the overall performance of your build.

DDR5 has shown noticeable performance growth in gaming and productivity and if you can get the DDR5 edition at a fair price, you shouldn’t hold yourself back. DDR5 is going to stay here for a while and will only enhance the performance.

To solve this price and performance issue, we can go with the Z690 motherboards with DDR5 compatibility instead of going with Z790 DDR4/DDR5 editions. This will save a good amount of cash on both the motherboard and RAM, and won’t affect the performance at all.

To start the list, I’ve chosen the MSI PRO Z690-P DDR4 as the cheapest choice for gamers who don’t have sufficient budget to spend on a mid-range or premium motherboard. Being the cheapest doesn’t pull this board to the bottom of the list but makes it a better value choice for the number of features it brings to the table.

It has a decent 14-power phase VRM with medium-sized heatsinks for heat dissipation. Certainly, not the best but sufficient for mild to intermediate level of overclocking. The board has all the basic stuff in adequate quantity like 2x PCI-E x16 slots for GPUs, 3x PCI-E x1 slots for expansion cards, and 4x DIMMs that support over of 4000MHz of frequency at the minimum.

It features 5x fan headers and 1x AIO pump header for cooling and 2x M.2 slot for NVME SSDs and one M.2 Key E for Wifi modules. This is exactly what most users will need for connectivity and on top of that, you also get EZ Debug LEDs which are universally present on all modern MSI motherboards. The I/O, however, is not the best and features a limited number of ports.

Considering the fact that it costs $160 at the time of writing, a few drawbacks like these are ignorable.

Going above the $200 price point, we have numerous options in the Z690 lineup from different manufacturers. Asus Prime series is the one that is always among the best choices as it has been in the past for producing high-quality motherboards for lower prices.

The Prime Z690-A is a fantastic board with 16+1 power phase VRM with DrMOS MOSFETs for proper voltage regulation and stable overclocking. From the looks alone, it dominates most budget motherboards including the MSI Pro Z690-P DDR4 with those fancy white heatsinks installed all over the PCB including the VRM, chipset, and the M.2 connectors.

MSI MPG Z690 Edge Wifi is a solid competitor of the Prime Z690-A in many areas. The pricing makes the two clash with each other and it can be confusing for many to choose between the two for around $250 if they only look at their appearances. There is no doubt that Asus motherboards have always been on top of the list for their clear interface to customize and play with settings but MSI boards also provide some good advantages you cannot ignore.

For instance, the MPG Z690 Edge features a 16+1+1 power phase VRM with the support of up to 75A current on each phase compared to 60A on the Prime Z690-A. So, that’s a clear win over the Asus board. However, one more feature gives the MSI board a good edge over the Asus one and that is the inbuilt Wifi 6 adapter which is absent on the Prime Z690-A.

Moving to the Z790 motherboards, we have very few options that don’t cost too much and provide good value at the same time. MAG Z790 Tomahawk looks like a powerful and premium choice for the i5 13600K as it features a solid 16+1+1 Duet Rail power system for stability and insane DDR5 memory support of up to 7200MHz. While reaching this speed is currently not possible easily but you do get the headroom for maximizing your computer’s potential.

Its I/O is what catches the most attention that features 1x USB port for Flashing BIOS, 7x USB Type A, and 2x USB Type C ports, most of them which are USB 3.2 Gen 2 ports for connectivity. It also comes with a pre-installed Intel Wifi 6E adapter which is an improved version of Wifi 6 and a 2.5G LAN for wired connection. The board leaves behind most motherboards in storage capability with 7x SATA ports and 4x M.2 connectors.

The whole board is covered with dense and big heatsinks for continuous heat dissipation and giving it a slick look. Currently priced at around $300, it is an excellent choice. However, our next recommended board is one step ahead.

Even though it is a Z690 chipset motherboard, it is better in both looks and features compared to the MAG Z790 Tomahawk WiFi. The board is almost fully covered in big square heatsinks and features customizable RGB Lighting on the I/O shroud.

While it does not outperform the Tomahawk in everything, most features that are most commonly used are somewhat better. The board features RAM frequency support of up to 6200MHz which is lower than the Tomahawk but has a much solid and premium VRM with 16+1+1 power phases each of which supports up to 105A of current and are cooled with denser and bigger aluminum fins. This makes it an outstanding choice for overclocking for better stability.

The other outstanding feature is the I/O which features a whopping 12x USB Type 1 ports and a single USB 3.2 Gen 2×2 Type-C port for blazing fast transfer speeds. Currently available for $300, it is surely the best choice for the 13600K if you are satisfied with the Z690 chipset.

The recommendations might change a little bit in the future with more motherboards being added to the list but it will only happen if the prices are fair enough for the features they bring to the table. Let me know which motherboard you are going with in the comments below.