Core i9 13900K has reached the peak of performance and is currently the fastest processor in both gaming and productivity overall. The disadvantages, however, are the poor thermals and crazily high power consumption that reaches even 300W.

One way to stabilize the 13900K temperature and clock speed is to use a premium AIO cooler but another great way to increase its potential to the max is to use a powerful motherboard that offers a solid VRM.

Most users who are getting the i9 13900K are going for that enthusiast and no-compromise performance; if you are one of them, your motherboard should not lack any features. After comparing and analyzing the features of dozens of motherboards, this post will shed light on some of the most important factors you should consider before buying a motherboard followed by the best motherboard recommendations. 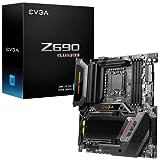 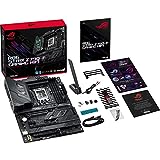 Recommendations Depend On Requirements

Selecting a motherboard for a CPU like an i5 13600K or an i7 13700K is comparatively easier but when we are looking for a board for i9 13900K, there are some factors that you need to consider more seriously.

As the i9 13900K costs $1600, most users who are getting this CPU are going to spend at least $300-$400 on a motherboard. Going for a sub $300 board or even less is not recommended at all. $300 motherboards will allow overclocking but it is not advised to go crazy as the 13900K already runs very hot without overclocking, going too hard on a $300 board may result in thermal throttling or at least unstable clock speeds.

Some users will have a budget of more than $400 and we have some of the best options between $400 and $600 that will max out the potential of 13900K and allow building a super high-end build. For overclocking strongly, these boards will be ideal and will also give the benefit of better component support.

DDR4 vs DDR5 Editions: Which One To Choose?

However, the Z790 chipset is a little better in connectivity, PCI-E lanes support, and some other areas but this doesn’t give the Z790 a great advantage over the Z690 unless the price difference is small enough to consider the former.

Now whether you are going with a Z690 or a Z790 chipset motherboard, it is recommended to get a DDR5 edition even though it is more expensive as DDR5 is gradually taking over DDR4 and will last for several years with room for further improvements.

Not many boards are packed with so many features as this one. The Z690 Aorus Ultra features a very powerful VRM with 16+1+2 power phases with each power phase supporting up to 105A current. The VRM is cooled by big aluminum heatsinks that use an 8mm heat pipe for faster heat dissipation.

The board looks fantastic in aesthetics with almost half the board being covered with big heatsinks and shrouds, especially the I/O shroud that looks appealing with RGB LEDs which can be controlled with the RGB Fusion software. The I/O is also filled with tons of USB ports that include mostly USB 3.2 Gen 1 and Gen 2 ports.

There are so many onboard features too like the Q-LED display and the Debug LEDs that come in handy in troubleshooting your computer when it refuses to boot. The RAM support is also decent with up to 6200MHz of frequency support and for connecting PCI-E devices, you will get a good 3x PCI-E x16 slots that you can use for GPUs and even for Quad M.2 NVME SSD Adapter.

Meanwhile, there is no problem with storage drive support as it comes with 3x M.2 connectors and 6x SATA ports. This is the cheapest on the list but surely not inferior in any way.

EVGA has always been a top dog when it comes to custom cooling solutions. Whether you buy an EVGA GPU or motherboard, the heatsinks will always be top-notch and better than everything else out there. EVGA Z690 Classified is one of those few rare high-end motherboards that cost less than your expectations.

It is packed with so many features that it would be hard to not recommend it for a price of less than $350. Features that particularly appeal to me the most are the onboard buttons and functions that are specially built for enthusiast overclockers. There are two Q-LED code readers, buttons for operations like Restart and Power Off/On, and even a switch for changing the BIOS.

The VRM is as solid as a $500 board with a powerful 19-power phase VRM that is actively cooled using twin fans embedded inside the I/O shroud that blows the air on the aluminum fins. The heatsinks on the chipset and M.2 connectors are also huge enough to cover the entire half of the motherboard.

The placement of some headers is also a lot different than the standard design like the 24-pin ATX and the USB 3.0 ports are parallel to the PCB for easy connection. I/O is also amazing with several USB Type A and Type C ports along with Clear CMOS and BIOS Flash buttons at the top. Unless you are looking for a Z790 chipset specifically, this one is the best value guaranteed.

While not as powerful as the Z690 Classified in some areas, the ROG Strix Z790-F is also an amazing board with the all-new Z790 chipset. It gives much better DDR5 compatibility with support for up to DDR5 7800MHz in the OC mode which is insane but unreasonable at the same time. With the improvements in compatibility, we should see DDR5 touching 7000MHz easily but right now, reaching 7800MHz is almost impossible. Still, this is something that allows further improvements through better memory.

The VRM features 16+1 power phases with each phase supporting 90A of current for better overclocking stability. Heatsinks are also big enough for proper cooling and the I/O shroud looks excellent with the RGB Strix logo that is customizable using the Aura Sync software.

It also has a few onboard buttons and troubleshooting options like Debug LEDs but it is still inferior to the Z690 Classified when we compare the onboard features. Lastly, the I/O is just perfect with a total of 8x USB ports including both Type-A and Type-C, An Intel Wifi 6E adapter, and features to Reset or Upgrade the BIOS.

The Z790 Aorus Master is a strong and reliable motherboard built with an 8-layer PCB. The motherboard offers premium features and performance that will take your overclocking potential to the next level. Even if you don’t plan to overclock that hard, there are still many things you won’t find on other motherboards as appealing as this one.

Along with all the necessary ports, slots, and headers, you will find decent onboard features for overclocking and troubleshooting, strong VRM, rich I/O, and great aesthetics. The VRM comprises 20+1+2 power phases with each phase rated at 105A. The I/O shroud as well as the chipset heatsink feature RGB lighting that is way better than the generic RGB LED presentations.

You will get tons of ports at the I/O which is one of my favorite things about Gigabyte motherboards. For connectivity, you can use 11x USB Type-A ports along with 3x USB 3.2 Type-C ports two of which are USB 3.2 Gen 2×2 that offer 20Gbps transfer speed. Similarly, there is also a front USB 3.2 Gen 2×2 Type C header for your case.

To upgrade the BIOS or to restore the original one you can use the Q-Flash and Clear CMOS buttons at the I/O and for internet connection, you can either use the super-fast Intel Wifi 6E or the Marvell AQtion 10GbE LAN port that is rare to find.

Last but not least, if you are looking for something that belongs to Tier 1, then MEG Z790 ACE is going to amaze you with its 24-power phase VRM with each power phase supporting 105A of current. It’s not a simple VRM but a Duet Rail Power System that combines dual power connectors for powering the CPU and the 105A power stage.

The U-shape dual heat pipe will ensure that the heat is transferred quickly to the aluminum fins installed on the VRM components and all you get is more stable clock speeds and better thermals. Aesthetically too, the board looks so attractive with RGB LEDs on the I/O shroud and chipset with yellow accents on the heatsinks.

The PCI-E x16 slots are strengthened with steel armor and two of them are Gen 5.0 that support x16 and x8 modes directly from the CPU. That means more PCI-E lanes support for your expansion cards that will allow full bandwidth. For storage, there are a whopping 5x M.2 slots and 6x SATA ports giving you the freedom to upgrade your storage capacity as you like.

Lastly, the I/O is as amazing as some of the boards mentioned previously with the exception that all the USB Type-A ports are now 3.2 Gen 2 and two USB Thunderbolt 4 ports that support a blazing fast transfer of up to 40Gbps.

When it comes to high-end processors like the i9 13900K, you should never compromise on the motherboard because that is the component that most users aren’t going to upgrade frequently. Let me know which motherboard you are going with in the comments below.