Intel Core i5 9400F is among those processors which didn’t get as much attention as the processors from the AMD Ryzen 3rd gen series got. Even though it features 6 cores and 6 threads only which is similar to the i5 9600K, but still the latter became more popular having a price difference of $100.

This is because people like overclocked things but we shouldn’t overlook and underestimate the underdogs like these. The i5 9400F is without any doubt, “The Best GAMING CPU” for $150 that can yield the best numbers in fps which no other processor at this price can do. It’s one of the best value processors and should be used in mid-end gaming builds.

As it’s a locked chip, you can save a lot of money on your motherboard by just buying an H310 or a B360 chipset motherboard. But there are many motherboards that look similar to each other in both of these chipsets yet their costs are having a lot of differences.

But don’t worry! I have compiled the list of the Best motherboards for i5 9400F that you can buy to get all of your job done for under $100 and can easily upgrade your system in the future.

Best Motherboards For Core i5 9400F 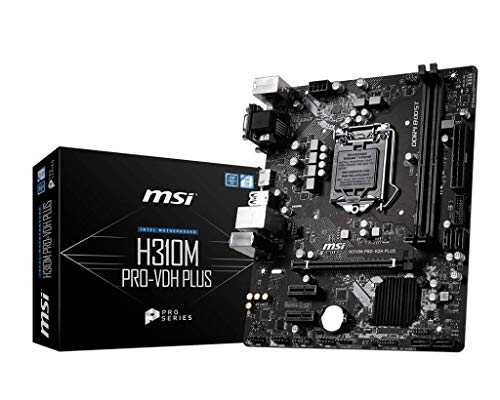 When you want to spend the least amount of money on a motherboard then the H310 Pro VDH Plus comes in. This is the board that is enough for the i5 9400F because this CPU just needs to get on the H310 chipset socket to work out of the box. It has a 4+2 power phase VRM without any heatsinks which are not needed here anyway because you are not going to overclock the i5 9400F.

There are 2x DIMM slots that support up to 32GB of DDR4 memory clocked up to 2666MHz and a single PCI-Ex 16 slot for the graphics card. There are 2x PCI-Ex 1 slots too that can be used for either sound cards or wifi cards as it doesn’t come with an inbuilt wifi adapter. This is overall a very basic board with all the basic features and you shouldn’t expect much from it.

For cooling, there are 2x fan headers in total including the CPU fan header on the board, 4x SATA ports for hard drives and SSDs, and surprisingly EZ Debug LEDs at the top for troubleshooting. All of these are good features for a basic gaming build and won’t increase the expense a lot for your Gaming Build. Right now there isn’t any better motherboard for $60 than this one although the Gigabyte H310M A is its competitor, it features a less powerful 2+2 power phase VRM. 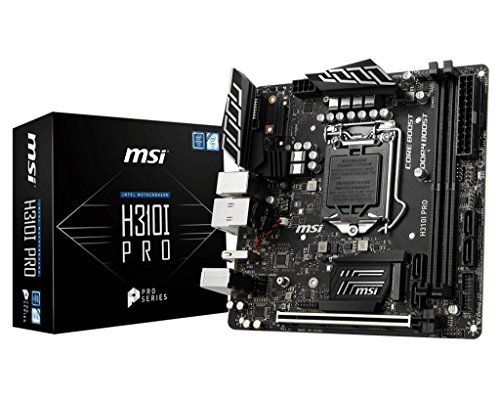 This one is also from MSI but now with some more features than the previous one didn’t have. As it is a Mini-ITX form factor motherboard, it won’t acquire much space in your chassis. So you can buy a Mini-ITX case instead of a micro-ATX or a Mid-Tower chassis. As for its specs, it features a good 6-power phase VRM with heatsinks on both sides that will maintain its temperature better than the MSI H310M Pro VDH Plus can do.

It features 2x DIMM slots for supporting up to 32GB of DDR4 RAM clocked up to 2666MHz and a single PCI-Ex 16 slot for installing a graphics card. This slot, however, is using a Steel Armor for more strength and can support heavy graphics cards without getting pulled out easily. For storage, there are 4x SATA slots and 1x M.2 slot for NVME SSD which is absent in the previously listed motherboard.

For connecting to the internet you can either use a USB wifi adapter or an Intel M.2 E Key adapter that can be used on the M.2 socket Key E connector at the top left. Unlike the high-end mini-ITX boards, it doesn’t have the inbuilt wifi adapter which is more comfortable to use as it works out of the box but as it’s much cheaper, it’s a far better option for the i5 9400F that provides more value for the price. 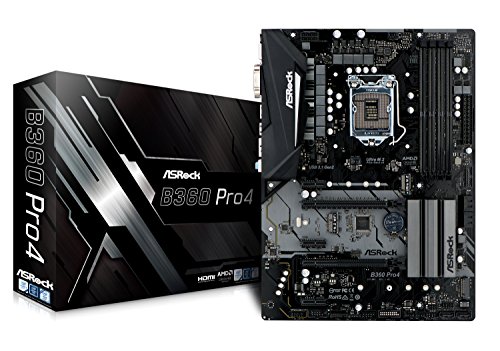 This one is a beast considering its price. Although it’s a locked chipset similar to the H310 but has a lot more features because a B360 is made to upgrade a PC more easily and also because it’s an ATX form factor motherboard. There are 11 power phases that use the doubling method for reaching stability while your CPU is in the boost mode and it’s especially useful when the CPU and motherboard are overclockable which isn’t the case here.

There are not one but 2x M.2 slots for NVME SSDs along with 6x SATA ports that will ensure that you never run out of space. For making your computer faster, you can install on it up to 64GB of DDR4 RAM clocked up to 2666MHz which is the feature of most mid-high-end motherboards out there. For the graphics card, there are 2x PCI-Ex 16 slots that unfortunately don’t support multiple GPU configurations but you won’t need that anyway.

Along with those PCI-Ex 16 slots, there are 3x PCI-Ex 1 slots for expansion cards, and for cooling, there are a total of 3x Fan headers and 1x CPU fan header which will ensure that you not only cool your CPU but also the whole system effectively. Seriously, this motherboard is a beast for under $100 for a mid-tower Gaming build and should be your choice among all.

As i5 9400F is a locked processor, you shouldn’t be looking for something higher than a B360 or H370 chipset motherboard. As H310 and B360 chipsets are more than enough for handling this CPU, the above-mentioned ones are the best for their price. With any of these motherboards, you would be able to build a solid $600-$700 Gaming PC with something like GTX 1660 Ti.

For any doubts, comment in the comments section below and we will discuss further!

How To Know If Your Motherboard Supports UEFI?